Welcome to the Poker-Players-Unite.org Blog

We teamed up with Bringing Hope Home during their Adopt-A-Family event.  Our family had a loved one battling stomach cancer and needed some help.  All funds raised from this event went to them so they could pay monthly bills while focusing on their loved one.

For our first event of 2019, Rick Blumenthal and Rudy Schultz teamed up with poker pro, Lisa Pickell, to host a pokerthon for the Mya Lin Terry Foundation.

The Mya Lin Terry Foundation is a 100% volunteer, charitable, non-profit organization, created to honor the memory and continue the legacy of an amazing little girl, Ms. Mya Lin Terry.
Their mission statement is to:


Please go to their website to get more information on all the amazing services/stuff this foundation does!
Total Amount Donated: $849

Over the course of 2018, all Team PPU members paid monthly dues that would be used to make donations at the end of the year.  Please find the list below:
Bringing Hope Home: $452
St. Judes: $300
WomanSpace (Domestic Abuse Foundation in NJ): $300
Bridges Outreach (Serves The Homeless in Newark, NJ): $300
Wynona's House (Child Advocacy Center in Newark, NJ): $300

We teamed up with Bringing Hope Home during their Adopt-A-Family event.  Our family had a loved one battling stomach cancer and needed some help.  All funds raised from this event went to them so they could pay monthly bills while focusing on their loved one.Rick Blumenthal played 28 events over 4 weeks on 888nj, Wsop, and Party Poker. He pledged 50 cents per level he reached during all of his events and all winnings.  Rick lasted 379 levels and had $30 in cashes. His total was $220 raised but graciously donated an extra $100.  Amount raised: $1762 and still counting  ($452 to be donated by PPU from dues collected over the year)

On March 10, Rick played in the World Tavern Poker Regional main event. He was using the blind levels of that event to raise money for one of his friend's fundraisers benefiting St. Baldricks. He lasted 10 levels, but was able to raise some money for an amazing cause! Good job, Rick!

We teamed up with Bringing Hope Home during their Adopt-A-Family event.  Our family had a loved one battling stomach cancer and needed some help.  All funds raised from this event went to them so they could pay monthly bills while focusing on their loved one.Jacob Roybal, Jeffrey Pinyan, Joseph Utter, Rudy Schultz, Peter Olley, Shaun Hazard, and Rick Blumenthal all played during the month of November.  We decided to leave the fundraising page up all of December so people could make donations.  Amount raised: $2830 ($1176 donated by PPU from dues collected over the year)

This was put together last minute by Rick Blumenthal.  He was able to get 3 sponsors for a single tournament.  Sadly he busted in level 6. Big thanks to those who sponsored him!Amount Raised: $30
March 12, 2017: 888NJ Online Event Benefiting WaterAid
Our first online event with 888nj had 14 players battle it out for over $400 in tournament tickets. Dobby22 took home the top prize of a $215 tournament ticket, followed by Heisenberg14 and our very own founder, Rick Blumenthal.  This event benefited WaterAid America.  Amount Raised: $200
June 25- July 9, 2016: Shaka For Trucker Pokerthon
Three-year-old Trucker Dukes, from Maui, Hawaii, was diagnosed with Stage IV Neuroblastoma at 19-months old.Trucker is part of a clinical trial at Memorial Sloan Kettering Cancer Center for brain relapse in Neuroblastoma patients. He and his mom travel between Maui and New York for treatment in the hope to save his life.TeamPPU decided to name this pokerthon after Trucker’s favorite hand sign (and the inspiration for the social media campaign #Shaka4Trucker.) called “shaka”.  The shaka sign conveys the "Aloha Spirit", a concept of friendship, understanding, compassion, and solidarity.  It consists of extending the thumb and smallest finger while holding the three middle fingers curled.
Big thanks to Peter Olley, Shaun Hazard, Kristen Sullivan, and Rick Blumenthal!
Amount Raised: $160
To make a donation, please go here!
November 1-30, 2015: 3rd Annual Mark Blumenthal PokerthonFor our 3rd Annual Mark Blumenthal Pokerthon, we teamed up with Bringing Hope Home during their adopt a family program for the holidays.  Our family had a loved one fighting Gastric Cancer.  Thanks to our players; Amy Conner, Shaun Hazard, Anthony Maio, Peter Olley, Jaydon Ogden, Travis Stanley, and Rick Blumenthal, they raised $3413.  We would like to thank all of those who made donations during our event!  We would also like to thank our prize sponsors for this event; Blue Shark Optics, Deeg Poker Apparel, Collin Moshman, and Jared Tendler.Prize winners:1st place: Shaun Hazard (Blue Shark Optics Horn Sharks & a Deeg Poker Prize Pack; T-shirt, Hat, and other Deeg Poker Goodies)2nd place: Amy Conner (1 Hour Live Training Session with Collin Moshman & a Deeg Poker Prize Pack; T-shirt, Hat, and other Deeg Poker Goodies)3rd place: Peter Olley (Choice of either "The Mental Game of Poker 1 or "The Mental Game of Poker 2" signed by Author Jared Tendler & a Deeg Poker Prize Pack; T-shirt, Hat, and other Deeg Poker Goodies).Amount Raised: $3413

November 14, 2010: Justin Shronk Memorial Scholarship FundPokerRoad Radio Producer and poker player Justin Shronk passed away on April 19th, 2009. The Justin Shronk Memorial Scholarship Fund ("JSMSF") was established in 2009 at the Temple University School of Communications and Theater, to honor Justin's life and passion for his career in communications. Justin graduated from Temple in 2005 with a degree in Broadcasting, Telecommunications and Mass Media (BTMM). At the time of his passing, Justin had established himself as an integral andmuch lovedmember of the poker media, having also enjoyed stints working at PokerNews, Bluff Media, and CardPlayer.The JSMSF is currently providing support for students majoring in BTMM with financial hardship, particularly those whose need has been increased by the loss of one parent, and who may also possess the same absolute zeal for everything media, a similar quick wit, and a loyalty in theirfriendships, as embodied by Justin.TID:5109335 2nd Sunday's Charity Hold'emHosted by: Joe SebokPlayers:206Prize pool: $2,060UB 100% match: $2,060Charities account transfers: $52Total: $4,172To make a donation please go here and follow the directions below:1. Click Give Now. On the next screen,2. Fill in your name and email address. Enter your amount.3. Choose School of Communications and Theater on the first menu.4. It appears the Shronk Memorial fund no longer appears in the second menu, so choose Other and enter "Justin Shronk Memorial Scholarship" in the fieldbelow..5. This part is optional, but I entered "memory of" and Justin Shronk on the next part. It doesn't really matter because all donations to that fund are essentially inShronk'smemory.6. From there, click Next and complete all the stuff for payment type, address, etc.
October 10, 2010: Dravet FoundationThe Dravet Syndrome Foundation is a volunteer-based, non-profit organization dedicated to aggressively raising research funds for Dravet syndrome, a rare and catastrophic form of epilepsy beginning in childhood, and related conditions.  It was an honor to work with such a great foundation, and I hope we can team up again in the near future.TID:5769789 2nd Sunday's Charity Hold'emHosted by: Brandon CantuPlayers:145Prize pool: $1,450UB 100% match: $1,450Charities account transfers: $0Total: $2,900
August 8, 2010: 3 Girls, 13.2 Miles, 1 CauseI was reading the Metro newspaper a few weeks ago and found a heartbreaking story about a Clifton Heights (located in PA) man named Jason LaMonaca, who has been battling colon cancer for 4 years, had his parents home broken into. The thief or thieves made off with his mother’sjewelery as well as $2000 dollars that was raised for him by family and friends. This happened while he was at the hospital and was told that his cancer h...ad spread to his lungs! This is the one of the worst things anyone can do to someone else I am pleased to announce that Ultimate Bet/Absolute Poker and Poker Players Unite.Org are teaming up again to help out a good cause!TID:5670233 2nd Sunday's Charity Hold'emHosted by: Annie DukePlayers: 223Prize pool: $2,230UB 100% match: $2,230Charities account transfers: $0Total: $4,460
July11, 2010: Crystal King Benefit FoundationI heard about this cause on Pokerroad.com during one of their podcasts.  Jeremiah Smith said that Gavin had pledged a percentage of hiswsop winnings to help out Crystal and her family, after she was involved in a horrible car accident with her 3 year old twins.  Sadly, Caden didn't make it, and luckily Camrea only suffered a slight nose fracture.  Crystal was injured pretty badly and will require months of physical therapy.  It was an honor and a pleasure working with Amber King, Crystal's sister, and Andres from UB on this event!TID:5625616 2nd Sunday's Charity Hold'emHosted by: Tiffany MichellePlayers: 237Prize pool: $2,370UB 100% match: $2,370Charities account transfers: $0Total: $4,740June13 2010:  National Tay-Sachs & Allied Diseases Association, Inc.The mission of the NTSAD is to lead the fight to treat and cure Tay-Sachs,Canavan and related genetic diseases and to support affected families and individuals in leading fuller lives. Today, thanks to the tireless work of the NTSAD, more than two million have been tested for Tay-Sachs disease, thousands of Tay-Sachs carriers have been identified, and hundreds of healthy children have been born to high-risk couples.TID:5109328 2nd Sunday's Charity Hold'emHosted by: Joe SebokPlayers: 284Prize pool: $2,840UB 100% match: $2,840Charities account transfers: $10Total: $5,690Combine that with the $435 raised during Pokerstars Scoop event in May 2010: $6105To make a donation please go here and choose "make a gift".

The nation's leading syndicated talk radio program dedicated to the casino and gaming industry and the gaming lifestyle.

Gear for everyone on and off the felt. Offers a variety of hats, hoodies and more! KP is the official clothing sponsor for PPU! 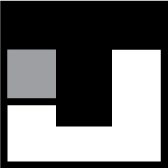 Cardplayer Lifestyle has become the top poker blog for recreational players and fans of the game. 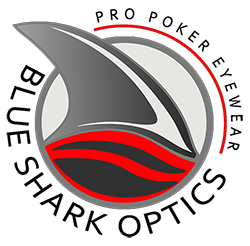 BSO is the official poker eyewear of the WSOP, the PPC, and iNinja Poker Tour.